What IS the SCA?

The SCA (the Society for Creative Anachronism) is a practical history society, recreating the arts and skills of pre-17th century Europe. While dressed in clothing of the Middle Ages and Renaissance, you can experience tournaments, royal courts, feasts, and dancing. You also have the opportunity to learn and practice ancient arts and skills — calligraphy, cooking, armoring, metalworking, carpentry, and needlework (to name just a few) — within an all-ages social group.
The SCA is a great place to make friends and learn transferable skills.

What kind of activities are there? 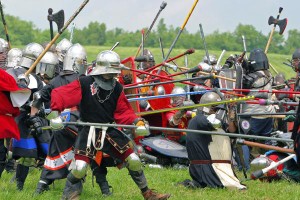 Our most well-known activity. Warriors compete in tournaments, melees, and even war scenarios. 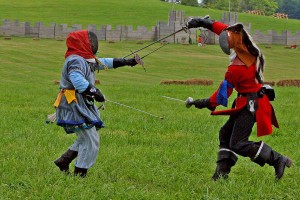 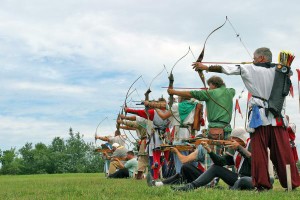 You can work on mastering your aim with Target Archery, or join in the combat as an armoured Combat Archer.

Also, there is Thrown Weapons; axes, knives, spears, etc. And, as with everything in the SCA, safety is paramount. 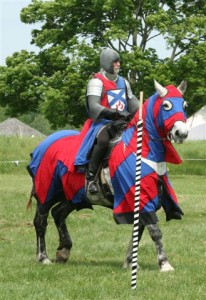 In SCA Equestrian Activities we practice the games of skill that squires and other mounted warriors would have learned in the medieval period. 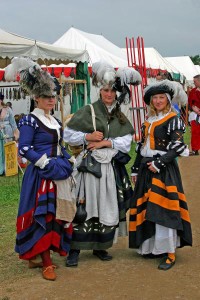 ‘How do I get that garment?’ is one of the first questions asked by newcomers. The short answer is, you buy it or you make it! If you enjoy creating, you have the option to learn costuming from any of the very skilled and talented costumers across the area. 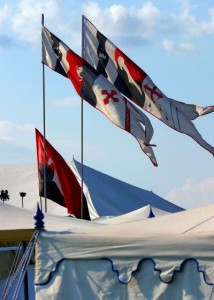 Heraldry is the visual representation of a person or group using coats of arms.

Heralds help people research and construct their own coats of arms. They also serve as Masters of Ceremonies and can be found delivering announcements, introducing tournament combatants, reading proclamations and scrolls, and more.

The scribal arts, calligraphy and illumination, are a common facet of Society life, since most awards and honors given to recognize service and skill are accompanied by handcrafted scrolls which document and celebrate the honor. 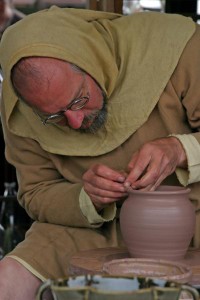 Whether you build, forge, weld, or anything else, there’s a craft in the Society for you. 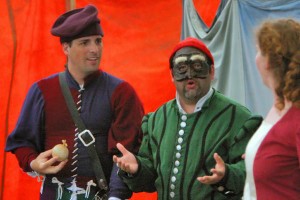 The spirit of the minstrels and bards is alive and well in the Society! One of the images that comes to mind when we think about the Middle Ages is the image of a troubadour singing lively songs and telling thrilling tales of battles. That tradition continues in the Society today! 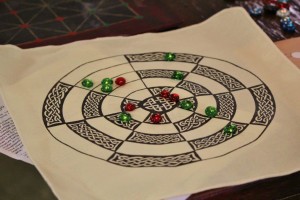 Many of the board, card, and dice games that are played today have roots in the Middle Ages. 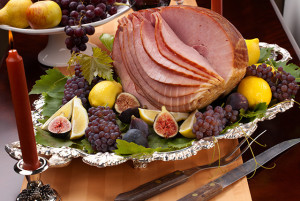 Feasting and fun go hand-in-hand here in the Society! Many events have a feast in the evening. This is a grand meal – in fact, often several meals served one after another – with multiple courses. 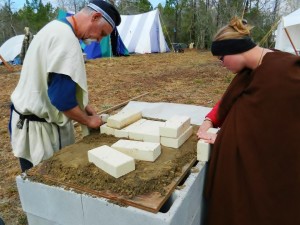 Our Society is built on the ideals of chivalry and courtesy, but runs by the concept of service. The opportunities for service are practically limitless and the best part is, when everyone gives a little, nobody has to give a lot! 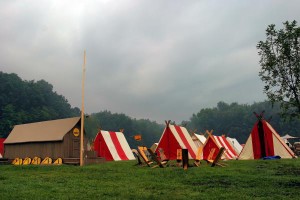 Most events that occur in the warmer months include the option of camping.

How do I get started?

And check out the SCA’s Newcomer’s website for all sorts of information about what there is to see and do in our Middle Ages.